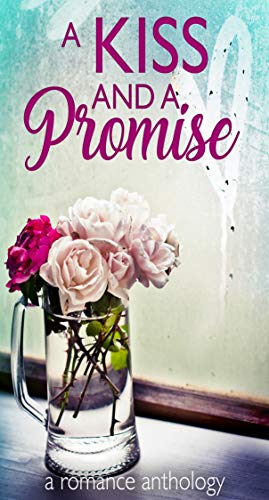 A Kiss and a Promise – Kindle Edition

The print edition is coming in early October, but for now, you can check out my story “Only Ever Slowly” for Kindle, and six other romances. (For once, I’m not the one with vampires. Or ghosts. Or anything supernatural. Professor Miller of the no-genre creative writing class would be so proud of me.)

I’m Not a Romance Writer

But somehow, that seems to be what sells.

As indicated on my “about” page, I’ve made a couple recent sales. Yes, as in “real editors are paying me real money for things I wrote.”

First, I’m very pleased that Smoking Pen Press LLC purchased my short story “Only Ever Slowly” for their new Read On The Run anthology A Kiss and a Promise. Considering that I wasn’t sure why I was responding to the call for submissions, I don’t consider myself a romance writer, and I set about to subvert or flat-out trample every romance trope I could think of including use of the word “love”, I’m somewhat surprised they liked it. But then again, I think Carl is a rather fun “romantic hero.” He’s fifty-something, a grump who’s deliberately stuck in a rut, and probably suffering from severe depression. Maybe “shut up and drink your coffee, old man” is the new “as you wish.” The story is set in Denmark, a country I’ve now had the pleasure of visiting, and if I were forced to make an elevator pitch for it, I’d probably say “It’s A Man Called Ove meets a Hallmark Channel movie. With baked goods.” (Yes, I know A Man Called Ove is set in Sweden. Went there, too. It’s also nice. Buy the chocolate herring. I take a poke at Swedish accents so it does get a name check.) The anthology is in its final stages before publishing and I put links to the e-book and paperback when they are available.

More recently, Splickety Publishing Group  (Splickety Lit-think about it) has acquired my Flash Fiction piece “Life Plans” for their Spark Magazine November issue “Lab Coats and Love Letters.” Maybe not everyone can find romance in a hospice setting, but hopefully my hero, Dr. Erik Schou, M.D., and burned-out travel blogger Margaret “Zee” Zielewski can make it work. (Even if Erik’s patient, Zee’s Aunt Dodo, has to do some prodding off-screen. And she probably will. When I have more than a thousand words to play with, I think Aunt Dodo’s going to have quite a bit to say.)

If you’re noticing a distinctly Scandinavian-tinged theme to my leading men here . . . well, you’re not wrong. Shut up. Blame casting choices made by people like Dave Filoni and Steven Moffat.

There are some irons in the fire, including two submission calls for steampunk and diesel/decopunk that may have a decidedly Slavic twist. A check of the About page here will show I’ve been visiting some points farther east than Scandinavia (at some point I  may have to do an advice feature on “how to speed-negotiate with street vendors in Saint Petersburg”.) And I do have one other project ongoing, which is strictly not for profit and entirely for fun. If you like Star Wars, Lego, chocolate, and absurdity, visit Angry Lego Thrawn on Facebook for the adventures of an inch-high blue plastic chocoholic manchild and his Lego friends.